Welcome to Part 2 of my series exploring the amazing history of the English countryside in Hampshire, Somerset, and Wiltshire. These counties are packed full of incredible historical sights ranging from mysterious stone circles built 5,000 years ago, to medieval castles and cathedrals, and finally to more recent historical buildings and monuments from the 18th and 19th centuries.

Day two is filled with traditional English villages and ancient stone circles, so get ready to travel back in time.

After a good night’s sleep and a delicious English breakfast, drive north to Lacock. Lacock is a very famous village in Wiltshire known for its traditional look. The village is almost entirely owned by the National Trust, a charity founded in 1895 to preserve the nation’s heritage and open spaces. When you arrive at the outskirts of town you will see the National Trust Car Park. Pick a spot and start your journey. From the car park you will first come upon Lacock Abbey and the Fox Talbot Museum. There are beautiful walking trails in the grounds surrounding the Abbey. Spend some time connecting with nature before exploring the Abbey.

Lacock Abbey was founded in 1232, and it was converted into a country house in the mid 1500s. The abbey is extremely well preserved, allowing it to serve as the filming location for numerous movies. Harry Potter fans will be delighted to know that several scenes representing Hogwarts Castle were filmed here. Scenes involving the Mirror of Erised, and Snape and Quirrell’s classrooms were captured in some of the cavernous rooms of the abbey. You will also recognize the corridors and courtyard as places in which Harry, Ron, and Hermione walk in the first movie.

After a visit to the abbey, head over to the Fox Talbot Museum. This photography museum highlights the achievements of a former resident, William Henry Fox Talbot. Fox Talbot created the earliest surviving photographic negative in 1835, taken of a small window at his home in the then-converted abbey. Tour this museum and discover the amazing history of photography, an art form that now dominates our lives.

Next, head to Lacock village itself and take a stroll through the town. The village dates from the 13th century, and as you walk through it you will feel like you’ve been transported back in time. The stone cottages are beautifully preserved, and there are no roof aerials, satellite dishes, or overhead cables obstructing the view. As such, it has often served as a filming location for major productions. The town itself served as the fictional town of Meryton in the 2005 film version of Pride & Prejudice, as well as the location of Horace Slughorn’s house in Harry Potter and the Half-Blood Prince, and to name just two. 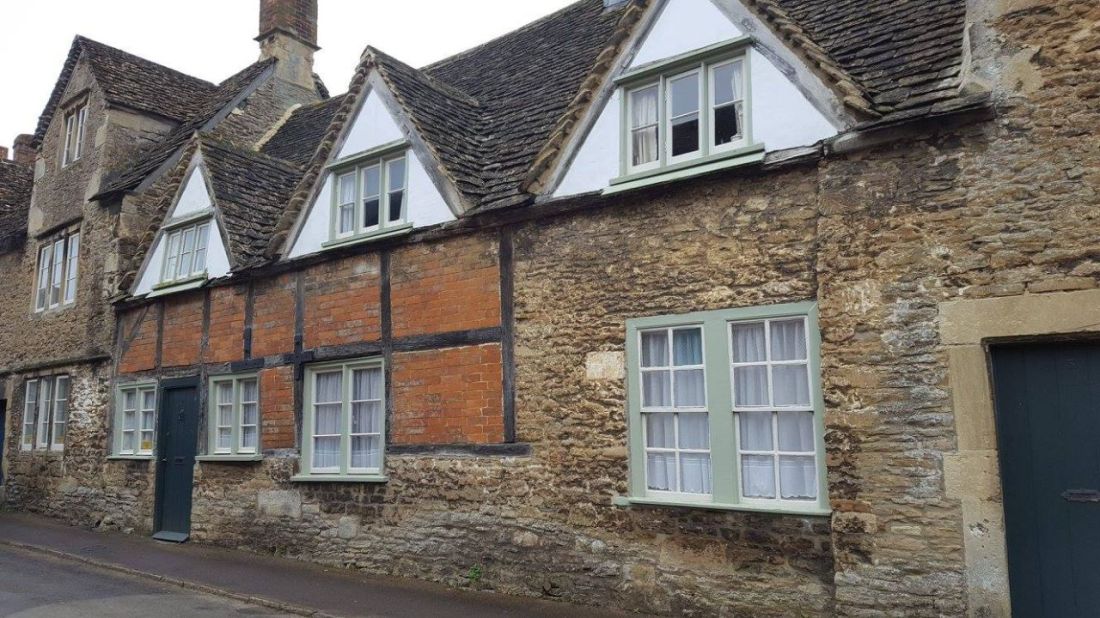 While it may appear lost in time, the village is actually a living, functioning town. All of the houses, shops, restaurants, and pubs are rented to private citizens. After you explore the village, stop by one of the restaurants for a delicious lunch. I recommend the George Inn. Dating back to 1361, the George Inn maintains its old English charm, including a beautiful and warm open fireplace. The pub also serves up delicious food. It is the perfect place to relax and recharge after your morning of exploring all that Lacock has to offer.

After lunch, head back to your car and make the short thirty minute drive to Avebury. Entrance to Avebury stone circle is free. Avebury is a much larger stone circle than Stonehenge, indeed it is the largest stone circle in the world, but it has a much more simple feel to it. The area was built during the Neolithic period, roughly between 2850 BC and 2200 BC. The area survives as a huge circular bank and ditch, encircling an area that includes part of Avebury village. In fact, a road runs right through part of the circle. Entrance to Avebury is free, so if you have the time why not stop by for a visit.

From Avebury, drive about 45 minutes to the highlight of the day: Stonehenge. We’ve all seen the articles about over-hyped, disappointing tourist areas, some of which include Stonehenge on their lists, but I could not disagree more. Which side you end up on will depend on your personal preferences. As a student of history and admirer of all things ancient, Stonehenge was a must-see for me, and it did not disappoint. General admission is currently £16.50 (free for English Heritage members), and tickets must be booked in advance.

Above you can see how close you can get to the stones at the closest point. If that is not close enough for you, do not fret. You can actually can much closer. English Heritage offers special Stone Circle Access visits, which allow you to actually walk within the stone circle. When I visited in 2016 these tours were offered twice a day, once before and once after regular opening hours. Now even more tours are offered, depending on the time of year, sometimes up to five a day during the summer high season (these are all still outside regular opening hours, either in the early morning or late evening). Stone Circle Access visits are strictly limited, with a maximum of thirty people per tour. Visits last one hour, during which time you can stroll around the circle and among the stones however you want (but no touching). Stone Circle Access is currently priced at £38.50 for adults (discounts are offered for English Heritage members). The price was £31.80 in 2016, or £25.50 for English Heritage members, so presumably the current discounted price for members will be adjusted accordingly. You must submit a request for this special visit, and I recommend doing so well in advance of your trip, especially if you are visiting during the high season. With such limited spots available these spaces go quickly. More information about the Stone Circle Access visits can be found on English Heritage’s website here. This special visit should take care of any issues with proximity to the stones.

Another common complaint among those who are somehow disappointed by their visits to Stonehenge is its proximity to the main road. There is indeed a road running nearby the stone circle (how else will you get there?), but I was not bothered by it at all. It is a fair distance away from the circle, and I was so focused on the stones that I did not really even notice the road. It was really quite peaceful, and if there was noise from the road I did not notice it and it did not disrupt my visit.

I was so keen to visit Stonehenge that I booked a Stone Circle Access tour. Our tour began at 6:45pm after all of the other visitors had left. The tour is not guided; you simply walk around on your own. However, the admission price of the special tour also allows you general entrance to Stonehenge during regular opening hours on the day of your visit so you can visit once with an audio guide during regular hours to view the stones from a distances, and then again without a guide to view the stones up close on your special access visit. This is what we did. I was very pleased with my decision to do the special tour, and I think it is well worth the extra cost (if this kind of thing is up your alley).

After a full day of exploring some amazing ancient sites, head back to your hotel for a good night’s sleep.

Check back soon for Part 3 where we will explore the charming town of Glastonbury and several of its wonderful sights, as well as the beautiful Stourhead Gardens.

Leave any comments below!

View all posts by Natalie

4 thoughts on “A Journey through History in the English Countryside, Part 2: Lacock Village (and Harry Potter), Avebury, & Stonehenge”